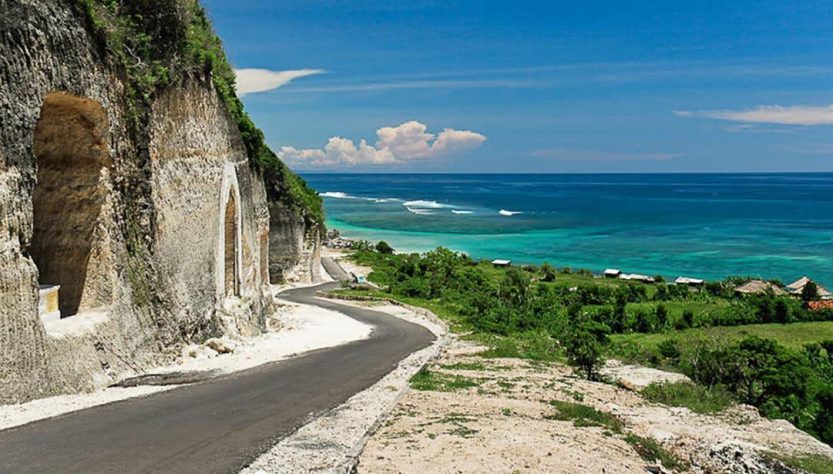 Sanur, Kuta or Jimbaran beach are a few examples of many beaches in Bali. But putting aside the most popular ones, there are plenty of beaches in Bali that is concealed and hard to access without a guide. Some of this beach now has been accommodated by the government or the locals to help outsiders enjoying the beauty of it. On this occasion, I would like to talk about one of those beaches, called Pandawa Beach.

First off, let’s talk about the name first. Pandawa beach is named after the famous legend of Mahabharata. Pandawa means sons of Pandu, in the story, Pandu is a king who has 5 sons that each have different personalities. They are Yudistira, Bima, Arjuna, and the twin Nakula and Sadewa. The journey of those 5 later become one of the popular stories because of how interesting they are.

But why do they name the beach Pandawa? That will be explained after we look back first to how the beach was discovered.

A Hidden Beach Behind the Cliff

A long time ago, some of the local villagers happened to find a beautiful beach right behind a huge cliff. There’s no clear path to access it at that time, one has to descend carefully on the steep and rocky cliff to the bottom. The beach was immediately gain attention from people around the area and called Melasti beach by the locals.

Because of the popularity, the locals started to think about what if they build a proper path to the beach so more people can come and enjoy the view. It was in 1997 when the locals gathered a lot of people around the area to split the cliff and make an opening in the middle. It was a labor of effort, with a lot of patience and dedication they finished making a road in between the cliff in 2010.

After they did making a proper road to access the beach, the locals decide to change the name of the beach. Finally, they came up with Pandawa because the effort that they did to split the cliff and build a road in the middle is similar to one of Pandawa’s labor in the story. There was a time when Pandawa was trapped in a cave, and they are forced to dig a tunnel to get a way out.

After they got out, they decide to trim the jungle around it and make a village there. With their sheer effort, the deeds were done and after a while, a kingdom rise in that area. Compared to the local’s effort, the story does sound similar don’t you think?

So, the name Pandawa beach become official but in order to respect the legend and make the beach more appealing, they decided to make giant statues of Pandawa on the cliff along the way to the beach. 6 statues were made, with Kunti as the Pandawa mother who had a huge role in raising her children also added. This set of statues ended up becoming popular among the tourist for taking a picture.

What’s On the Beach?

Pandawa Beach is finally open for the public for the first time in 2012. The response is quite amazing and a lot of people come every day including foreigners. Although not exactly have great waves or diving spots, Pandawa beach is still offering a wonderful beach experience.

Many umbrella sittings are provided along the beach, some of them required you to pay in order to use them but there are also free ones. The difference is basically just the view that we got from it.

Besides the umbrella sittings, there are many stores and kiosks scattered around the area. They are selling everything from food and drinks to clothes or sunglasses at a bargain price. Even though it’s convenient to have easy food access from the beach, the area always ended up become really crowded especially on the holiday.

Other Side of the Beach

On the outskirts, the beach in Pandawa is surrounded by limestone cliffs. That makes the atmosphere is incredibly hot especially at high noon. Don’t forget to bring your hat, sunblock, and sunglasses if you don’t want to get a sunburn. After the entrance between the cliffs, there is an outlook area where you can get a view of the beach. This is yet another popular spot for tourists to take some photos.

Near the beach there are many attractions, there’s a stage in the middle that has a traditional show every day. This stage area is also often used for local events and will be closed if there’s a religious event. There’s also a park for kids but it’s usually not visited by many people. And if you wanted to drive tour around the beach, there’s a small shuttle to circling around the area.

Where Is The Location?

Okay, I said all of that but not give you any details about how to get there. Pandawa Beach is located on the southern side of Bali. From the airport, just take the south route to Kuta Selatan. Then keeps following the big road to the GWK area. From GWK, you have to go through a long narrow road to the local’s neighborhood.

There are many signs that point the direction to the beach. But you can still get lost if you are not familiar with the area. So bring your friend who knows the way or prepare your Google Maps to make sure you can reach the place without wasting any time getting lost.

Also read: “How to Stay Safe While Traveling in Bali”

Based on what you just learned, I think it can be safe to assume that this beach is more popular with Indonesian tourists than the foreign one. The historical element is nice, but most of the time the place is so crowded on every nook and cranny. Especially the umbrella areas, where most people cramped in every free spot and leave the paying spot open.

But regardless, if you wanted to see a different kind of beach, Pandawa beach is definitely worth to try. To avoid the crowd, try visiting in the early morning and you may also catch a sunrise in there.