Home>Featured>What is Bali? A Quick History Lesson on the Island 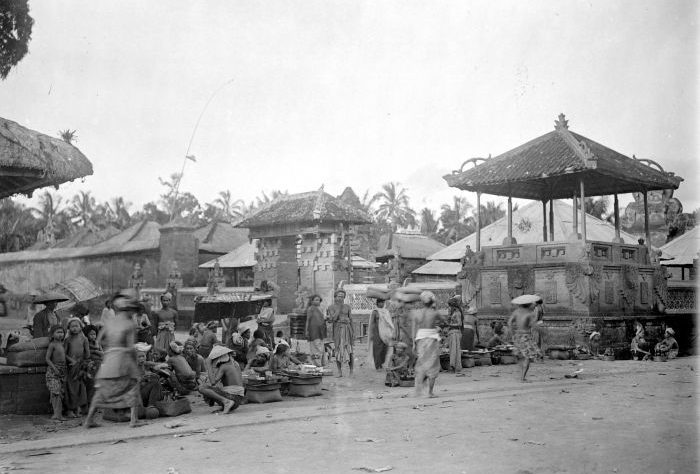 Despite being one of the most popular vacation areas, there are many people who didn’t know about Indonesia’s most famous tourist island. What is Bali? A question that frequently popped out whenever someone learned about the name of the place on the internet or when someone told them.

So worry not, because I will give you an insight into the history of the place in order for everyone can understand how our cultural island came to be. Let’s start first from the very beginning.

What is Bali? Island History

Bali first discovered by Dutch sailors in 1597. At that time, the island is already inhabited by several people and that moment is the first time people who live in Bali have contact with the outside world. Even back then, Bali people are already rich in cultures. Fascinated, the Dutch foreign sailors became hesitate to went back home because they admire Bali customs so much. This is also when the Dutch started taking interest in Bali.

When Dutch started colonizing Indonesia in around 1710, Bali is ruled with multiple kingdoms. Each kingdom represented each regency such as Badung, Gianyar and many others. Compared to Java island, The Dutch are having a hard time taking control of Bali because of their strong resistance.

Dutch government decides they would have to use trickery to conquer Bali. The idea is to manipulate each king to fight each other. Unfortunately, the tension and conflict among the royalty within each kingdom making it easier for The Dutch to provoke them. But despite that, the effort failed. And the kingdom around Bali is starting to realize that the Dutch are the bigger enemy to fight.

In 1906, there was a huge war between the Dutch and Badung empire in Bali. The war sparked because King of Badung refuses to take responsibility for the damage to China boats. The war ended with the loss of the Badung empire. But even after they lost, no one gave up and people keep fighting to their last breath. This war ended up being called Puputan and causing about 4000 casualties on the Balinese side.

With Badung fall under Dutch reign, other empires recognized that they don’t have a chance to fight back. They surrender with one condition, the people of Bali will retain their tradition and culture but under Dutch supervision. The Dutch agree, and the entire Bali is officially ruled by the Dutch.

The most notable event in Bali around Japan era is the rebellion led by a military officer I Gusti Ngurah Rai. This happened right before Indonesian independence. When the Japanese military retreats from WWII were going back to Indonesia to re-established their territory. The rebellions won’t let that happened and fought back with mostly stolen Japanese weapons.

The struggle succeeded, but I Gusti Ngurah Rai sadly died bravely on the battlefield when Dutch later come to re-occupy Indonesia. His rebellion army fought their hardest and still losing with no survivor. Passed away on 29 years old, I Gusti Ngurah Rai is declared a national hero. Later, the Bali’s international airport is named after him to honor his memory.

Finally, the time comes. Indonesia, as a country gain independence in 1945. It was such a victorious moment among Indonesian people when our first president Soekarno declare in front of millions of people that Indonesia finally became a free country without the tyrannical reign of other countries.

After gaining independence, Soekarno decides to improve Bali which is already famous among international tourists and built the first luxurious hotel in Sanur called Hotel Bali Beach. More constructions of hotels are followed, making Sanur be the first city in Bali to be supported by the government.

What is Bali? Tourism History

A Paradise for Artist

During Dutch colonization against Bali, their action gives them a bad reputation in the world. Because of that, The Dutch did not turn Bali into a labor plantation and ended up promoting the island as a vacation destination. This is probably the first acknowledgment of Bali’s potential for the tourism area.

The first growth of Bali’s popularity came from Ubud, ever since 1920s Ubud has already become a home for creative artists in Bali. Their art and creation gain worldwide attention as many foreign artists start to visit Ubud to witness it with their own eyes. They are fascinated by their culture and how Balinese artist implements it on their artwork. After a while, the news of Bali’s exotic culture starts spreading.

In the 1930s, more artists came to Bali themselves out of curiosity, some of them are Hollywood celebrities at that time like Charlie Chaplin and Barbara Hutton. Some of the inspired artists are even willing to stay in Ubud and live the rest of their lives there just to learn the Balinese way of making art.

Beaches in Bali are already visited by many back in early 1920, but it’s not until around the 70’s surfers find out that some of the beaches have many great spots for surfing compared to other places in the world. Again, the news spread fast and tourism growth becomes even higher.

Many resorts and restaurants ended up being built around the beach area. Sanur, which already facilitated by Soekarno getting even more luxurious treatment and become the most advanced area at that time. And the most famous beach that gains the most popularity is Benoa Bay.

Benoa in the 70’s become the focus of tourist attraction development by the government. Aside from surfing, Benoa also provides many water sport activities like banana boat, jet ski, and parasailing. The beach is packed every day, getting visited by many tourists around the world and also Indonesian citizens as well.

No one would forget that tragedy. In 2002, Bali took a huge hit on its popularity because of bomb terrorism on the United States Embassy and a bar named Paddy’s Pub. This accursed action took about 202 lives and most of them are foreigners especially from Australia.

Prior to the incident, every media around the world started to question if Bali is still safe to visit from then on. Because of this, the tourist visit was reported down to more than 90%. This unfortunate event caused a loss of profit to most of the economies in Bali area since most rely solely on tourism.

3 years after, when Bali is still recovered from 2002 tragedy there’s another bomb incident that took place in 2 cafes and a restaurant. This terrorism is still caused by the same radical group and took 23 casualties. To this day, this series of terrorism is still marked as the most tragic event ever happened in Indonesia.

Ever since then, Bali is started to improve security as well as the facilities to ensure everyone’s safety. It didn’t take a long time before Bali is back to become one of the favorite tourist destinations in the world. Many areas with beach access are developed all across Bali. Nusa Dua, Jimbaran, Lovina and Canggu are the example of many additions on the popular destination of Bali throughout the years.

Looking at the present, Bali has gone way more advanced than many years ago. Luxurious villas, exotic night clubs, fancy restaurants, and glamorous shopping area can be found everywhere around Bali. Getting around tourist spots also easier with more transportation methods and many tour guides.

So, you have learned the history of how Bali is famous worldwide ever since it was discovered. It’s interesting how Balinese people’s persistence in keeping their tradition and culture for hundreds of years will be their main reason why tourists are so interested.

Also read: Top 10 Things to Do in Bali: A Local’s Insights

And now, Bali has become more advanced and still maintaining the status of one of the great vacation spots in the world. Now, if you haven’t tried to visit the island yet, what are you waiting for? Witness the magnificent island by yourself!