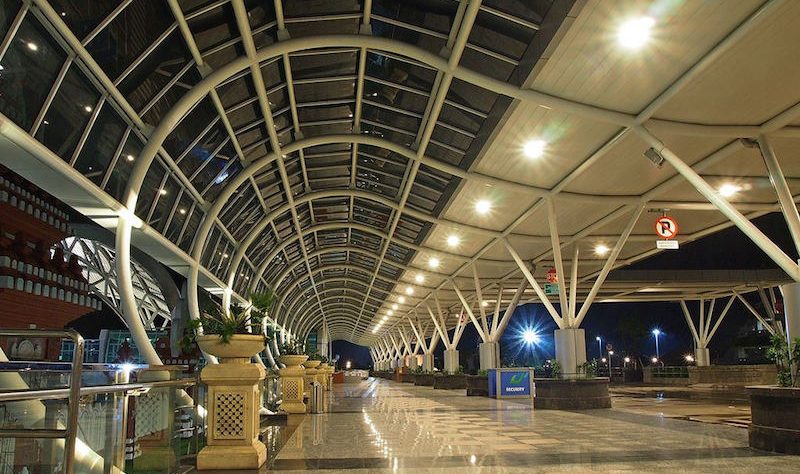 Airport transfer Bali has been an issue all these years for some travelers. The “official” airport taxi felt ridiculously expensive compared to other transportation methods. Bali is beloved by many and has seen a steady influx of tourists every year. But many facets of its infrastructure remains much to be desired. Especially regarding transportation options.

As a budget-smart traveler, what do you need to know about this? The whole thing is actually a very complex matter that happens at all levels of society. We’re here not simply to give you the alternatives to the frustratingly expensive official airport transfer Bali, but also present locals’ insights into this issue.

Once you step outside, you’re going to be bombarded by hoards of desperate-looking drivers who drove people off rather than attract them. Every step you take, you’re going to hear, “Taxi, Miss?” “Where do you want to go?” “We have car.” and every possible alteration of those lines. Literally, every step you take. This tripadvisor post is merely one among the many that expressed such frustrations for the airport transfer Bali. It seemed that these so-called official Ngurah Rai Airport taxi drivers don’t have the concept of personal space. Some were quite persistent and they would tail you. This usually happens when you’ve shown some sort of interest to their call/offer for a ride.

On top of feeling like you were harassed once you step foot in Bali, their prices are ridiculous. It costs 150K IDR to 300K IDR just to get from airport to the Kuta area. Wow. This is achieved through the monopoly by none other than the higher-ups.

We don’t mean to scare you, but it’s good to see even just a glimpse of the real scale of the matter. Why is getting a trustworthy, affordable taxi for the airport transfer Bali so frustrating?

Online rides in Indonesia used to be Unwelcome

While the emergence of online ride apps has gained popularity in such a short amount of time, some parties weren’t pleased. The online rides instantly became a popular choice of transportation in Bali. This used to be a major conflict between online transport drivers and conventional transport drivers.

It’s also a common knowledge that established taxi companies did not like them. Or at least they used to. You can refer to this article by The Jakarta Post, one among the many incidents involving taxi drivers brawling against GoJek riders. Just a couple of years ago, it used to be barbaric. Online drivers and riders were accused of “stealing” the established company’s taxi drivers’ passengers. They claimed that the online ride options were “disadvantaging” established, conventional service.

Things have improved in these couple of years 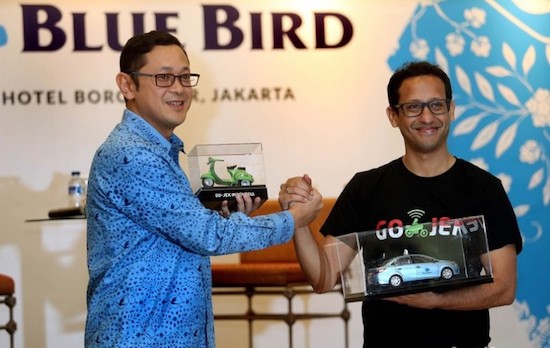 Although some people are certainly still wary, it seemed that the hostility between the so-called established taxi drivers and that of online rides came to an end. In the same year of 2016, Blue Bird decided to collaborate with GoJek application. As of now, you’ll be able to hail a BlueBird using the Gojek app. But how about the airport transfer Bali?

There’s still some tension in the air

Apparently, despite major improvements, there are still some tensions between the conventional rides and the online counterpart. The Ngurah Rai airport and many other airports in Indonesia prohibit online taxi drivers to pick up passengers. In some airports, the official conventional taxis are ones who take in passengers. In other words, they airports teamed up with conventional local taxi drivers. However, in Ngurah Rai airport’s case, all other taxis are forbidden to operate. Yes, that means you’re not supposed to hail a BlueBird to take a passenger in the airport. Needless to say, this also applies to online rides.

How do Locals Get Around from the Airport?

Trust me, some 200,000 IDR is WAY to expensive for a local to go to someplace near like Kuta. Ngurah Rai airport is in Kuta! They would never pay that price. You shouldn’t too. The ‘official’ airport transfer Bali fares are obviously one of the most expensive ones you could take. And it does not come with any other advantages despite the “official” label.

We’re not supposed to get online rides at the airport. But everyone every day does this anyway. Who wants to pay for something a dozen times more expensive? Online drivers are usually very careful about this. They would often park their car in the car parking area. You’ll be expected to go to the parking lot. They’re waiting for you there. The parking lot can be found just outside of the domestic terminal, just a short walk from the international terminal. If you see an Alfamart and warungs lining up the parking lot, then you’re in the right place. 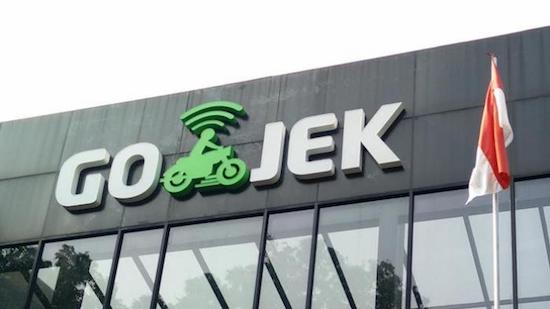 Online rides stay as one of the most popular options of public transportation in Indonesia. Bali is among the largest user base. Install the applications once you landed. If you worry about internet availability, then have the app ready before you board to help you with familiarizing yourself with the navigation. You can even top up your balance by giving cash to the driver for a cash-free ride next time you need them. The most widely used online rides apps are these two: 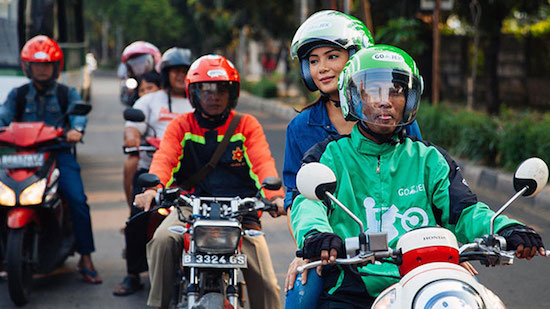 The reason why Gojek is the most popular app in Indonesia and of course in Bali is the fact that it’s a home-grown app. The name “Gojek” was derived from “Ojek” which is the conventional motorcycle taxi service. “Naik ojek” that translates to “Riding a taxi motorcycle” used to be seen as unsafe because of riders with a shady reputation. The whole thing changed almost instantly with Gojek. No longer do Indonesian people view “naik ojek” as unsafe.

Grab is slightly more expensive than Gojek, but not by a significant amount. The whole interface and use between the two platforms are very similar, so it should be easy to navigate. The Southeast Asian operations for the US-based Uber was bought by Grab. If you’re used to Uber, then you’ll be able to order them here. The insurance offered by Grab is higher compared to Gojek, where they provide up to 25 million for severe injuries and 50 million IDR (approximately 3,800 USD) for deaths. Whereas Gojek only provides up to 5 million and 10 million IDR respectively. 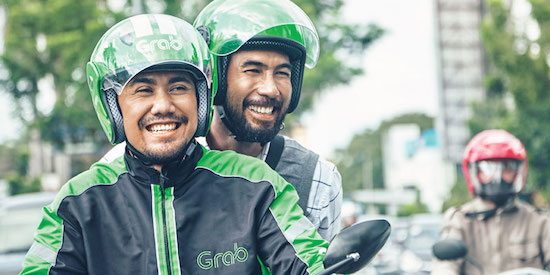 If you have very few belongings from the airport (one carry-on suitcase is often considered fine), then it would be a far more economical option to get a Gojek or a Grab Motorcycle. Of course, a more comfortable option is getting a Grab Car or a Go-Car, especially if you travel in groups.

These blue public buses are run by the Balinese government. It costs only 3,500 IDR for one adult. And it’s a fixed rate. sadly, it’s not ideal for airport transfer Bali. However, routes are very limited, and they can’t simply drop you off anywhere. At the airport, go to the lowest level of the international terminal. The bus official hours were 5 am to 9 pm. But the reality is that they don’t strictly follow the schedule because of the lack of passengers. Have a backup plan when you plan to take Sarbagita directly from the airport. The last bus would usually operate at 4 pm – 5 pm.

Tip: Enjoy touring the city with Sarbagita during your leisure time. Most of the time, it’s not crowded, even during busy hours of commute. Find yourself amongst the locals as you ride the bus. Students, traditional market vendors, and just about everyday folks!

Get off the Arrival to Take a BlueBird 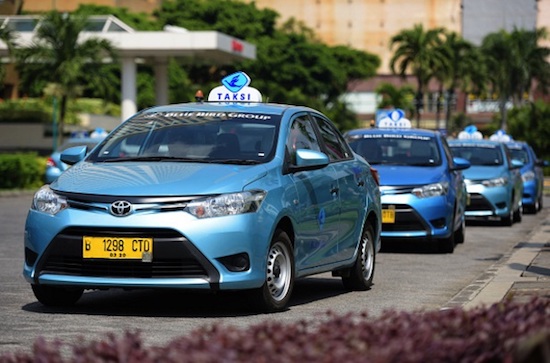 These days, it seemed that the only taxi company operating in Bali is the Blue Bird. The only way you can catch BlueBird inside the Ngurah Rai airport is to go to the domestic departure terminal. It’s just a short walk from the International terminal. Some BlueBirds may beep at you there. If not, you can wait for a passenger to be dropped off and immediately enter the car. They aren’t supposed to pick up a passenger here, but it’s an everyday practice both locals and tourists alike have used.

Do you have an experience of your own getting a ride at the Ngurah Rai airport? Share them in the comments below!